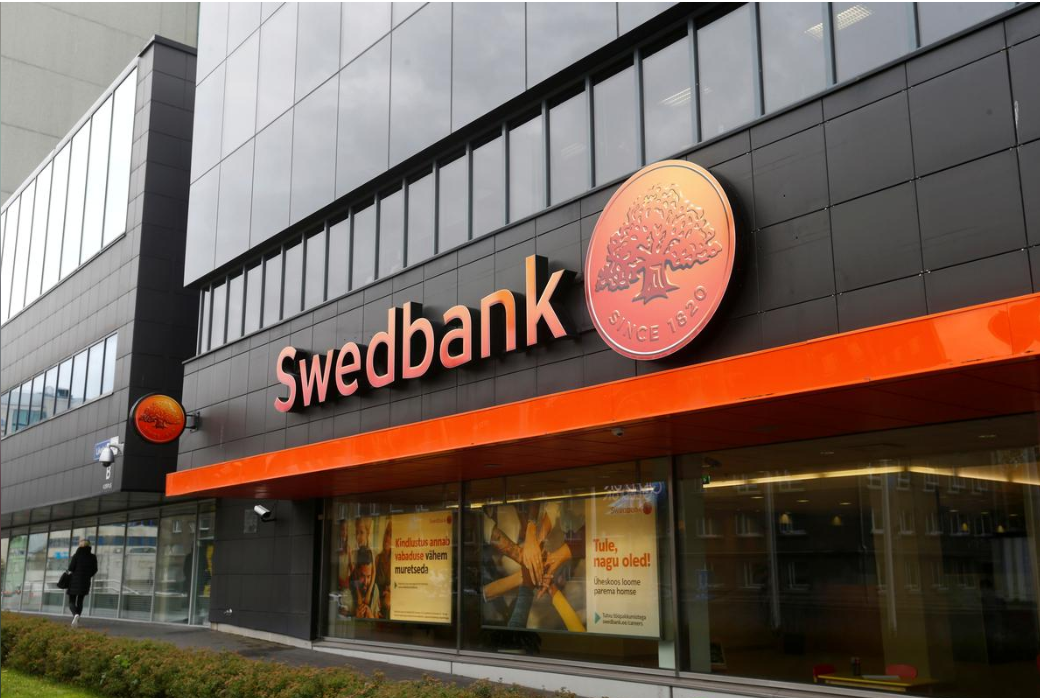 TOCKHOLM (Reuters) – Swedbank (SWEDa.ST) said on Monday its chief risk officer was leaving as the Swedish bank’s new CEO revamps its structure to regain customer trust after a money laundering scandal sent its shares down 40% in the past year.

Helo Meigas will leave the bank along with head of Baltic Banking Charlotte Elsnitz, Sweden’s biggest lender said in a statement. It will also merge some business units and reduce the top management team to 14 people, from 17.

Gunilla Hallros and Jon Lidefelt will take over the risk management and Baltic banking roles, respectively, in an interim capacity. The search for permanent replacements has already started, the bank said.

The departures are part of an organizational revamp aimed at boosting confidence in the bank and simplifying its structure, Chief Executive Jens Henriksson said.

He was appointed in August after the bank fired his predecessor Birgitte Bonnesen over her handling of allegations that the bank’s Estonian branch processed suspect gross transactions of up to 20 billion euros a year from mostly Russian non-residents between 2010 and 2016. The scandal started with Danske Bank, Denmark’s biggest bank.

“Today I introduce a new executive team to develop Swedbank and strengthen trust. Consequently, some executives (will) leave the bank,” Henriksson said in the company’s statement.

He told Reuters he had appointed “a well-reputed external financial consultancy to do a cultural assessment of Swedbank.”

“When I read our steering documents everything looks good and when I meet people in the bank I see dedicated staff with good moral compasses, but then I have to ask myself why in the last 30 years has Swedbank been in several existential crises?” he said in a phone interview.

“The idea is to see if we’re fully aligned with our culture and if we live our values,” he added.

The bank also said it would merge several business units, including its IT and digital banking divisions, while Swedbank Pay and payment infrastructure functions will be integrated within the Large Corporates & Institutions department.

As a result of the merger of the bank’s product units, the head of Group Lending & Payments Leif Karlsson will leave the bank in early 2020, it said.

Swedbank is currently under investigation in Sweden, Estonia and the United States. In October, the Estonian financial watchdog handed its probe over to the state prosecutor which had opened a criminal investigation.
The bank said on Monday that responsibility for the ongoing internal and external investigations into “historical shortcomings in anti-money laundering work” would be moved to a new Special Task Force unit, reporting directly to Henriksson.